The long shelf life of Title 42 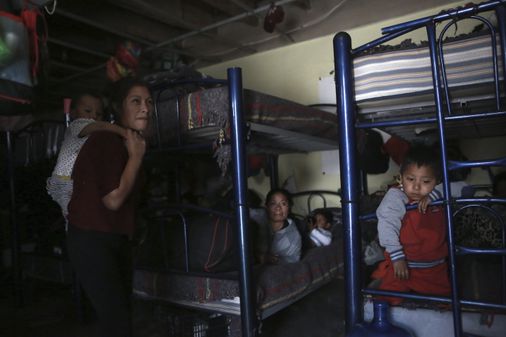 Despite the fact that US Code Title 42 deals with matters of public health and social welfare, the regulation has been misused by both the Trump and Biden administrations to control migration flows at the border, not as a public health tool as it was written. Within Title 42, there is a little known section that allows the federal government to essentially shut down American borders to prevent the spread of infectious diseases, thus suspending asylum processing.

Get Weekend Reads from IdeasA weekly newsletter from the Boston Globe Ideas section, forged at the intersection of ‘what if’ and ‘why not.’

The end of Title 42 raises new questions about immigration policy at the border. Among the most important: Will asylum law be upheld now for every person seeking refuge at the border, no matter if they’re from Ukraine or Haiti?

Since the outset of the pandemic, public health and medical experts — including some of the CDC’s own officials — pointed out there was no legal justification for Title 42. Yet Trump still implemented it, in no small part because it served a long-sought goal of his administration: to end asylum processing at the border.

Many experts, advocates, and members of Congress are urging President Biden to rescind Title 42 immediately, including Senators Cory Booker and Bob Menendez, both Democrats of New Jersey. Why wait until May 23? Booker and Menendez suggest, in a joint public statement, that the government “start lifting Title 42 in phases.” The Biden administration, they said, has “already used these exemptions to help Ukrainians at the southern border, and the administration should start processing families of all nationalities immediately.” They are right.

Still, Title 42′s imminent cancellation certainly feels like a milestone, which Republicans will undoubtedly weaponize to fearmonger in an election year, using nativist talking points based on falsehoods: An invasion is coming! Expect chaos at the border! Yet those sound bites ignore the fact that Title 42 utterly failed even as a border management mechanism: Data show that migrant encounters surged to a record high during the policy.

Those who fear that ending Title 42 will lead to a “surge” should be asked why it is that the moment Title 42 went into place, we started seeing the biggest “surge” in 20 years.

Title 42 has been a failure of a border management program AND a failure of a public health program. https://t.co/punjQ69Qn1 pic.twitter.com/4NIZWv6Zg6

For Biden and the Democrats, the end of this disastrous policy should not be framed as a political headache, but as an opportunity to demonstrate that it is possible and suitable to process asylum applications in an orderly, legal, and humane way at the US-Mexico border. The United States must recognize that conditions on the ground in countries like, say, Haiti and Nicaragua, as well as the horrific ongoing war in Ukraine, compel us to offer asylum to migrants arriving from troubled places through the southern border.

Biden has had more than a year to revamp asylum processing. Indeed, his administration unveiled a new rule last month that allows some officers at the border, in addition to immigration judges, to adjudicate asylum decisions to help expedite processing. Biden also released a plan that includes directing more resources and personnel to the southern border.

It remains to be seen whether those measures, and their execution, are substantial enough. Meanwhile, any post mortem of Title 42 has to, first and foremost, account for the staggering amount of human suffering it has caused. To wit: In the last 13 months, the Biden administration has expelled roughly 21,000 Haitians — nearly half of them women and children and most of them Title 42 expulsions — to a country mired in political instability, violence, and poverty.

That Title 42 remained in place for more than two years reflects a willful repudiation of science and of international and US law. Its termination was long overdue. Now the challenge for the Biden administration is to unravel the chaos and backlogs, and deliver consistently humane asylum policies.