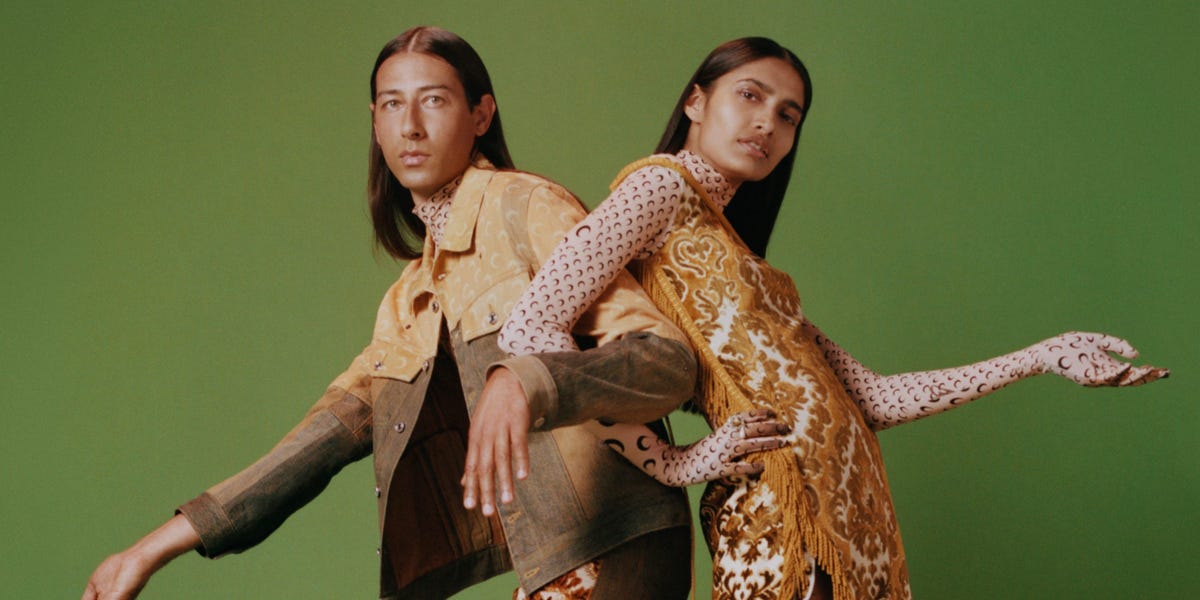 With lockdown conditions forcing much of the world to stay inside their homes and an uncertain economic outlook, analysts last March warned that luxury brands should prepare themselves for the “worst [year] in modern history.”

For Farfetch, the UK-based online luxury fashion marketplace, the opposite happened. The company reported record order sales during the pandemic. Revenue in the quarter jumped ended September 71% on the prior year to $438 million, its share price has more than quadrupled since last February, and the company is now on the cusp of turning a profit. Farfetch CEO and cofounder José Neves said in November: “We are witnessing a paradigm shift in favor of online luxury.”

With that momentum behind it, the company plans to double down on investments to boost consumer awareness of the Farfetch brand this year, its global CMO Gareth Jones told Insider.

The move comes as the best-known name in e-commerce, Amazon, is making big strides into the rapidly growing online luxury retail sector, as The New York Times reported late last year. Amazon recently rolled out storefronts featuring independent designers and a new Luxury Stores app. With a recent investment from Chinese ecommerce giant Alibaba and luxury retail group Richemont, Farfetch is set to go head to head with Amazon to take a bigger slice of online luxury retail, which generated sales of around $58 billion last year, according to Bain & Company.

Founded in 2007, Farfetch has largely built grown on the strength of performance marketing, picking up customers searching online for “Alexander McQueen dresses” or targeting people who are in the market for a Gucci handbag, for example.

“We’ve recognized that Farfetch is a bigger company than it is a brand,” said Jones, who joined the London-based company in March 2020 from eBay, where he was UK CMO. “While we’ve managed to build the leading global luxury fashion platform without meaningful branding investments, luxury is an industry of brands, and we see significant opportunity ahead in building awareness of Farfetch.”

Consumers in New York, London, Shanghai and the Middle East got a glimpse of the shift in marketing strategy in September, when Farfetch launched an ad campaign dubbed “Open Doors to a World of Fashion.” The campaign by ad agency Anomaly showcased the company’s new brand identity and appeared on billboards, in print, on digital, and social channels. It also marked the company’s first spending on addressable TV, where ads are targeted to specific households using data.

“The problem with us ordinarily with TV would be a significant amount of wastage:  There’s not that many people that would countenance spending £500 on a pair of trainers,” said Jones. “We wanted confidence that we were dropping all of that brand activity that were fashion enthusiasts.”

In the US, Farfetch used a data product from Experian Mosaic to create its targeting segments and used NBCUniversal’s AdSmart to buy ads across Comcast’s video-on-demand channels, Hulu and NBC’s apps across Apple TV, Amazon Fire, and Roku. Farfetch also used a combination of Experian segments and “regionality” and Sky’s AdSmart product, which enabled it to run addressable ads to Sky TV customers on linear TV.

As the year progressed, Farfetch ended up investing “materially more” in brand-related marketing than it had intended, Jones said, though he declined to give specifics. The company said in its third-quarter earnings that its general and administrative expenses increased by 52.3%, or by almost $50 million, versus the prior year in part related to marketing spend for the September campaign.

As malls, stores and fashion capitals start to reopen, Farfetch is planning another burst of marketing activity, again focused on building brand awareness. It’s likely to lean heavily again on programmatic TV, Jones said, adding that the company will probably spend more in brand-related activities this year than last. The company also plans to improve its personalization to keep people on the site longer.

“The research we have done with customers is indicating that although shops may open, there will still be a certain degree of hesitancy about going shopping like people were before,” said Jones. “We now increasingly call that ‘luxury new retail’.”

In China, for example, where so-called “revenge spending” took place in the luxury market in early 2020 as wealthy shoppers flocked back to stores as they reopened, Farfetch formed a joint venture with Chinese tech giant Alibaba and Swiss luxury goods holding company Richemont. As part of the deal, in which Alibaba and Richemont will make a $1 billion ivestment in both Farfetch Limited and a new Farfetch China joint venture. Farfetch now operates shopping channels on Alibaba’s Tmall Luxury Pavilion, Luxury Soho and Tmall Glboal platforms.

Elsewhere, the company is set to open a new flagship store on London’s Brook Street, showcasing technology such as a “magic mirror” that displays fashion show runway walks and styling tips for the garments customers are trying on in the changing rooms.

Google Trends US data suggest searches for “Farfetch” have increased gradually over the past three years:

Farfetch’s key challenge is to retain the customers it acquired during the pandemic as luxury spending eases back into physical channels, said Neil Saunders, managing director at GlobalData Retail.

“There are lots of consumers who don’t necessarily know about Farfetch; some know about it but it’s buried in their minds and Farfetch is not necessarily the first port of call if they want to buy luxury,” said Saunders. He added that Farfetch has “a lot more work to do in enhancing brand recognition.”