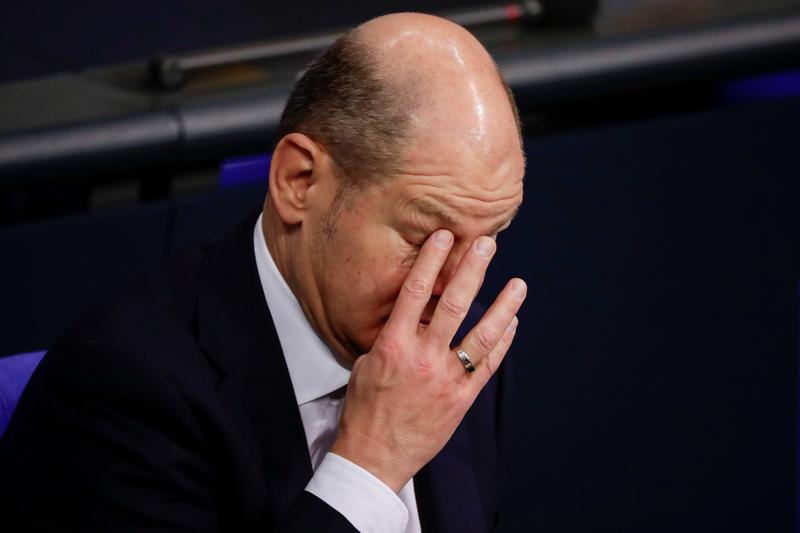 As their inquiry into the collapse of Wirecard gathers pace, it has put Germany’s biggest fraud centre stage in national elections in which Scholz wants to stand for chancellor.

“The focus of the parliamentary inquiry will more and more shift to the role of Scholz and his ministry,” Florian Toncar, a lawmaker involved in the investigation said.

The inquiry into the implosion of a payments company which was once worth $28 billion and hailed as a German success story has embarrassed the country’s governing centrist coalition.

Scholz and Kukies, who deny responsibility for failings which led to Wirecard’s collapse, have responded with reforms to the structure and leadership of financial watchdog BaFin.

They presented further details on Tuesday, including plans to make it more agile in responding to whistleblowers, giving the agency, Scholz said, “more bite”. [L8N2K83ND]

But lawmakers are growing impatient, with some such as Danyal Bayaz saying Scholz has been slow to respond.

“The tough questions about political responsibilities only start now,” Fabio De Masi, one of the lawmakers driving a parliamentary inquiry into the affair, told Reuters.

Scholz’s Social Democrats (SPD) have been in a coalition government with Angela Merkel’s Christian Democrats (CDU) for years and he hopes to succeed her as chancellor in elections later this year following her decision to retire.

But the SPD is struggling with voters, polling a distant third behind the CDU and the Greens, while criticism of Scholz is also emanating from within Merkel’s party.

Kukies’ role has also come under close scrutiny and lawmakers have highlighted multiple discussions he held with regulators, Wirecard executives, bankers and others.

The Finance Ministry said these were part of his job.

Lawmakers say they also want to examine a 100 million euro ($121 million) loan to Wirecard by a subsidiary of state bank KfW in September 2018, some two years before its collapse.

One person with knowledge of the matter told Reuters that the money was unsecured and that 90% of the loan by KfW’s IPEX bank had been written off.

The finance ministry said that the bank’s supervisory board, on which Kukies sat, was not involved and learned of the loan only in the middle of last year.

The lawmakers are also calling for details of communications between Kukies and the CEO of Goldman Sachs in Germany, his former employer, De Masi said.

Goldman Sachs declined to comment, referring to Wolfgang Fink’s statement that he had no contact with officials on Wirecard.

The Finance Ministry also said there had been no contact.

German lawmakers are not the only ones to see the root cause of BaFin’s problems in the finance ministry, a weakness also flagged by European regulators last year.

Hans-Peter Burghof, a professor at the University of Hohenheim, said the ministry had years ago hired many of the agency’s top staff. “They lost this spirit of independence.”